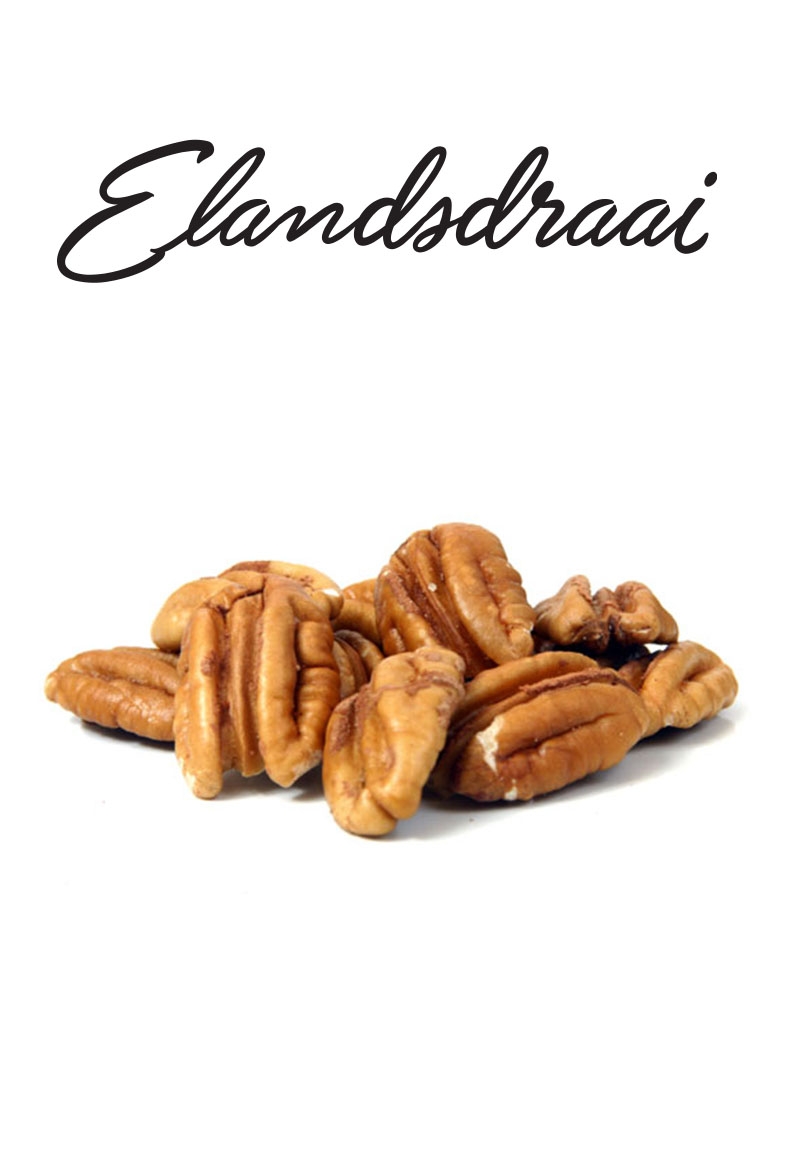 The History and people.

In 1975 Albert Bouwmeester (Senior) planted his first pecan trees.  He lived in Pretoria and worked full time at his own motor mechanic business.
He bought a beautiful farm north west of Cullinan so that he and his family could enjoy the unspoilt nature in the de Tweedespruit Conservancy in Cullinan.  The farm has the Elands river running through it and many weekends were spent here.  He became a “weekend farmer” who eventually, after doing his research, decided to plant pecans as an investment for when he retired.
In the late 80’s he sold his business in Pretoria so that he could spend more time on the farm.  Most of the pecan orchard was now in full production and needed more attention.
In 1991, his son Albert (junior) joined his dad full time at the farm.  Albert Jnr had grown up seeing his dad busy with the orchard and on the farm and had also trained mechanically while at school and at the army and could use all these skills at the farm.  At this stage the farm work consisted of growing, harvesting and selling the pecan nuts in their shells.
Albert Jnr was interested in adding value to the pecan nut orchard and saw the possibility of processing the pecans and selling them shelled.  He began the shelling process with a small team and very primitive machinery.  Crackers were made which could crack one nut at a time, worked by some very talented staff.  But this small start was very successful and Albert Jnr soon realized that there was a market for shelled pecan nuts in South Africa.
Albert Jnr began to see a future for himself as a full-time pecan farmer and processor.  In the late 90’s Albert snr decided to give Albert more and more responsibility for the farm so that he could enjoy his retirement and by 1998 Albert Jnr had decided to buy the pecan orchard from his dad and registered his new business under the name “Elandsdraai Pecan Growers CC”.
What began as a small and primitive business, grew quickly.  A processing factory had to be built and then extended time and again.  Cool rooms were built.  Machines were imported or built locally.  Because of the effectiveness of the new machinery and the need to pay for them, Elandsdraai had to process more pecans and began to source and buy in-shell pecans from local pecan farmers in South Africa.
During all these years Albert Jnr learnt as much as he could about all things related to pecan nuts.  He was part of pecan study tours that visited Australia and America, he has attended countless workshops, courses, farm days, and has been an active member of the South African Pecan Producers Association (SAPPA) since 1991.  As of 1997 till now he has served on SAPPA’s board and served as national chairman from 2003 till 2008.

Albert Jnr and his wife Mandie live on the pecan farm with their four children.  Albert spends all his working hours as a pecan farmer and Mandie helps with the payroll and invoicing.
At present Elandsdraai Pecan Growers has orchards differing in age.  There is a 21-hectare orchard which was planted in 1975, a 24-hectare orchard planted between 2000 and 2003 and a young orchard of 15 hectares planted in 2015.   The plan is to plant a further 15 hectares in 2018.
The pecans at Elandsdraai are harvested once per year, beginning in May or June.  The processing factory then also begins its work and most of the pecan nuts move through the processing cycle.  Depending on market conditions and quantity of product we export in-shell pecans too.  We are constantly looking at ways to work more efficiently and when the budget allows it we invest in new machinery so that we can attain this goal.
We employ staff from our local community and many of our employees have been working with us for many, many years.  We are very proud to be able to make a difference in their lives.
Currently we sell our pecans either as halves, pieces or sprinkles in 10kg vacuum packed boxes.  During the vacuuming process, packaging is inflated with a Nitrogen gas mixture, which delays the natural oxidation process of the nut and prevents rancidity. After packaging, the pecans are stored in our cold rooms at optimal temperatures and humidity.
Elandsdraai seeks to harvest, shell and sell a great-tasting, healthy pecan nut.  We strive to grow our business with honesty, hard work and integrity.

Read 2937 times
Published in Projects
back to top