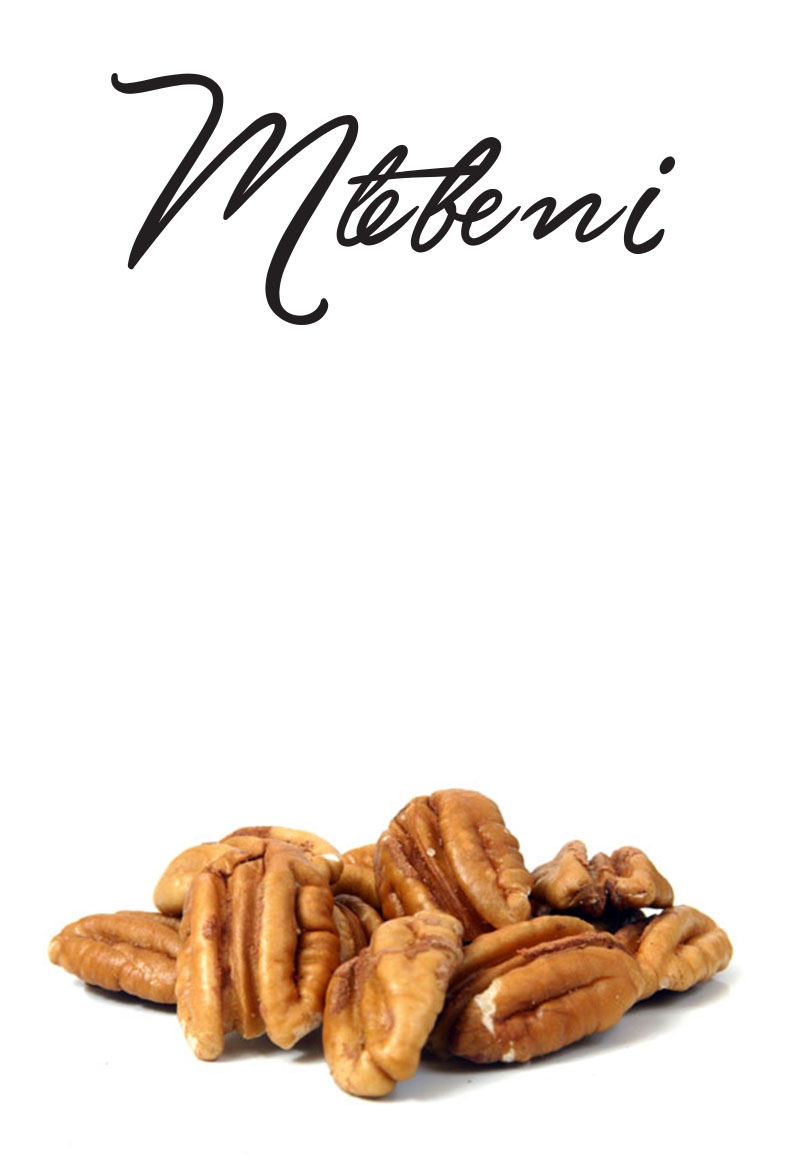 Mtebeni has a rich and interesting history which started when Kobus’ parents, Joubert and Elza Badenhorst bought the farm Mooiplaas in 1964. The farm is situated 50km from Pongola in Northern Kwazulu Natal. With no money and no idea how they were going to pay their six monthly capital and interest payments, they started farming. A year later Kobus was born. He attended Louwsburg Primary School from 1971 and went on to Pioneer High School in Vryheid where he matriculated in 1983. After National Service he achieved a Diploma in Agriculture from Potchefstroom Agricultural College. For further experience he spent a year in the USA working on various farms. He joined the farming operation in 1988.

Initially the land was used for grazing for the 800 head of cattle that was bought with the farm. There was no infrastructure or fences except for a dirt road which led to the farm but Kobus’s father was an exceptional farmer and tremendously hard working. With three rivers on the farm, he saw the potential and started to clear the suitable land and put it under irrigation. To assist with funding his new projects, Kobus’ father got involved in the transport business and leased further land where he speculated with cattle.

During the 1970’s, cotton and vegetables were farmed with reasonable success in the area, but with yearly cultivation for these cash crops, erosion soon became a major issue. It was clear a permanent crop was needed which would stabilize the topsoil.
After researching the very limited available information that was available at the time, Kobus’ parents decided to plant pecans. There was only an A4 size leaflet from the SA Department of Agriculture on how to grow pecans! In addition, planting material was limited. As a result Kobus’ mother started her own nursery growing their own trees. The first orchard was planted in 1981 and 6 years later a total of 100ha was established. The orchards were structured so that cash crops could still be planted in between the rows to generate much needed income. It takes 3 years to grow a tree in the nursery and once planted in an orchard, it will take a further 5 years before bearing fruit.
In the early 1990’s a sizable crop was reached and the shelling of pecans started. This process was very primitive at first – hitting the nuts one by one with a small hammer and opening them by hand. Sorting and packing was also done by hand. At this stage 25% of the crop was shelled and the rest sold to in-shell buyers.
Kobus and Karen got married in 1997 and in 2000 they travelled to the USA to visit pecan shelling factories and look at shelling equipment. Armed with new knowledge and contacts they started their first pecan shelling plant. A few of the machines were imported including two Quantz Rotary Crackers which have become the heart of the shelling plant. The rest of the machines were manufactured locally.
Karen managed the shelling plant and implemented a HACCP system. The capacity of the plant was 800kg per day and the factory shelled approximately 100 tons of pecans per year depending on the season.
With the ever increasing demand for shelled pecans and Woolworths playing a bigger role in the business through Ambassador Foods, it was decided in 2015 to build a new shelling plant and increase the cold storage facilities in order to shell and supply pecans throughout the year. This project was completed in 2016 with an increased capacity of 3 tons in-shell per day. In addition to our South African customers, Mtebeni Ranches exports in-shell and shelled pecans to China and Europe.
In response to big dreams and a lot of hard work and perseverance, Mtebeni Ranches has grown steadily over the years – the orchards have expanded to 150ha and approximately 500 tons of pecans are handled each year. This growth trend is set to continue with the building of a dam in 2017 to secure water supply, which has been a major limiting factor in previous years. With a more stable water supply, plans are in place to expand the orchards to ensure a good sustainable supply of local variety Ukulinga pecans.

The Company in overview

Mtebeni’s vision is to achieve sustainable growth without any compromise in the quality of our products. The company is grounded in its core values of excellence, quality, generosity, family, authenticity and integrity. The farm and pecan processing facility employ 100 people from the local community and this number increases during harvesting time. The factory is implementing ISO 22000 and the farm, Global Gap. The Pecan Shelling Plant at Mtebeni Ranches compares with some of the best in the world and the quality product produced from this factory speaks for itself. With expanded cold storage facilities fresh pecans can be supplied throughout the year.

A pecan nut has a high nutritional value as it is rich in protein, vitamins, carbohydrates and nut oil. Pecans contain more than 19 vitamins and minerals – including vitamin A, vitamin E, folic acid, calcium, magnesium, phosphorus, potassium, several B vitamins and zinc.
Pecans are also a natural, high-quality source of protein that contain very few carbohydrates and no cholesterol. In addition, they are naturally sodium-free, making Pecans an excellent choice for those on a salt or sodium-restricted diet.
Research conducted over the past decade has confirmed that pecans can be a healthy addition to your diet. Studies have confirmed several health benefits from enjoying a handful of pecans each day:
•    Pecans may play a role in protecting the nervous system. Including pecans in your diet may delay the progression of age-related motor neuron degeneration.
•    Pecans are among the top category of foods that contain the highest antioxidant capacity.
Antioxidants are nutrients found in foods that help protect against cell damage and can help fight diseases like Alzheimer’s, Parkinson’s, cancer and heart disease.
•    Pecans may help inhibit unwanted oxidation of blood lipids, thus helping prevent coronary heart disease.
•    Pecans also play a role in lowering cholesterol.

And you thought pecans only tasted great…

Read 3235 times
Published in Projects
back to top